Man Is Exhaled Breath (2010-11) for violin and spatialized ensemble


The musicians are placed in balconies on either side of the audience (with the exception of the violin, who is front and center); many effects are designed for that configuration:

Man Is Exhaled Breath takes its name from the psalm it uses for text in the first movement:
Homo vanitati similis factus est; dies eius sicut umbra prætereunt.
(Man is like exhaled breath; his days pass away like shadow.)

A similar text is used in the second movement:
Quia defecerunt sicut fumus, dies mei: et ossa mea sicut gremium aruerunt.
(For my days have vanished as smoke; and my bones are withered as a dry, burnt thing.)
Dona nobis pacem.
(Grant us peace.)

The texts allude to the temporary nature of any particular life, however they embody in their history the longer timeframe of culture – and it is in part to the long tradition of music sharing the same texts that Man Is Exhaled Breath relates. The use of space, for example, echoes Gabrieli’s at San Marco Basilica, the site where he developed the Venetian polychoral style to its height, using alternating choirs to enhance the texts’ dialogic qualities. This piece alternates between music relating to that 16th century music, and music which looks at the instruments and space from a 21st century perspective, making Man a dialogue between regions of both space and time.

Premiered at the 2013 UNM festival in Oslo, by Oda Gihle Hilde (violin) and Det Norske Solistkor, et al.
Revised with kind support from Komponistenes Vederlagsfond. Published by the National Library. 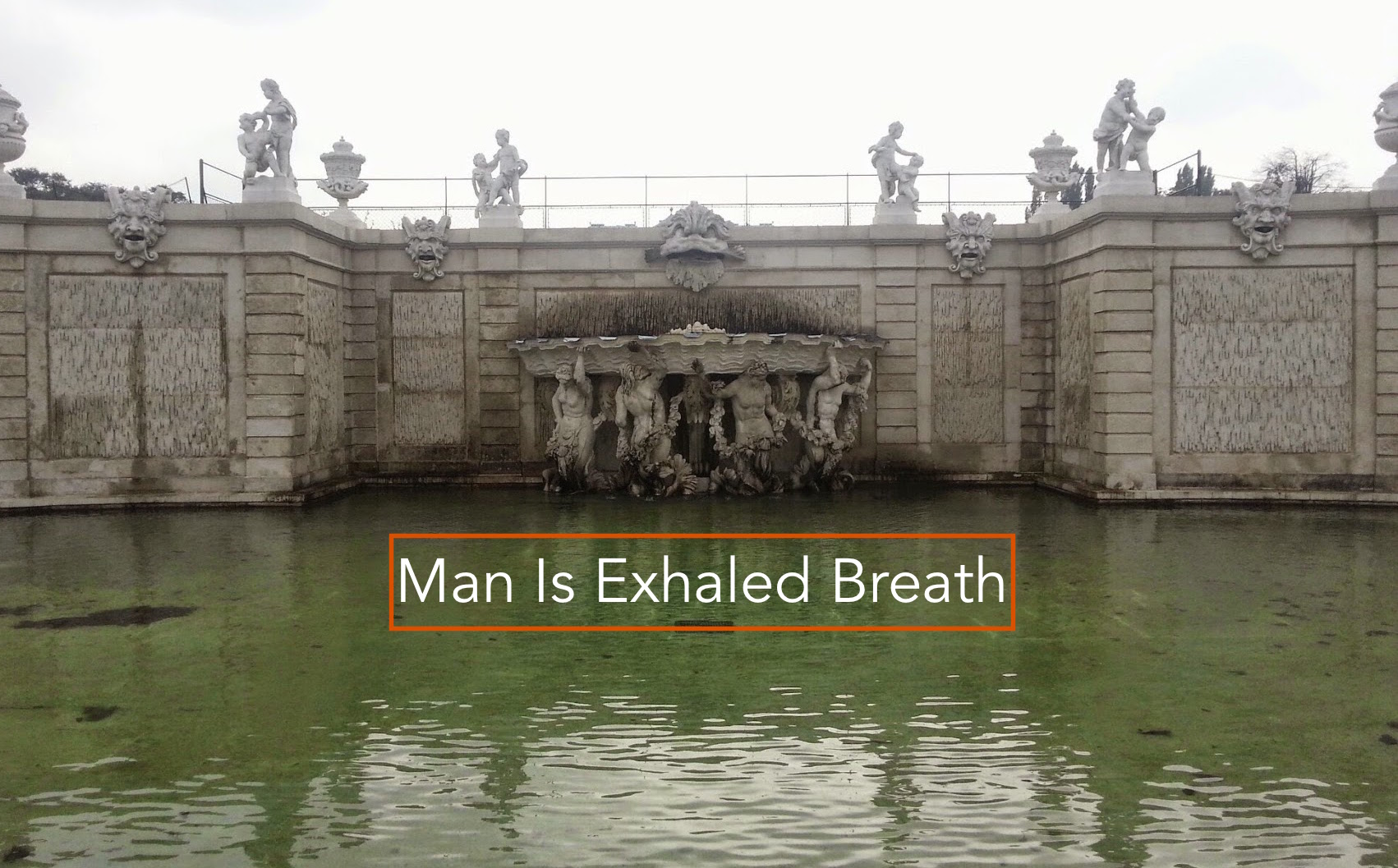